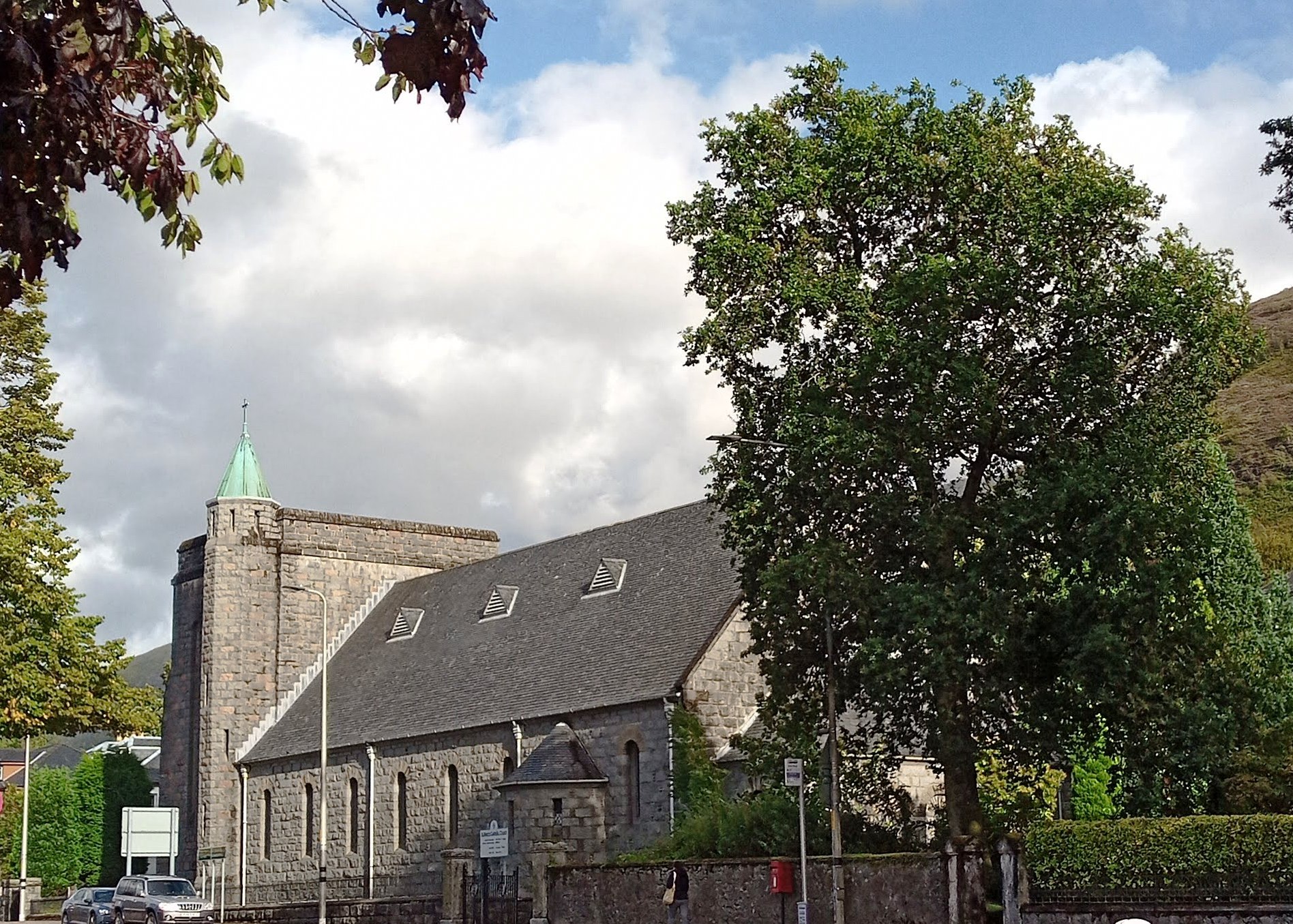 Saint Mary’s Roman Catholic Church stands on Fort William’s Belford Road, the main road heading north-east out of the town, just beyond the Belford Hospital. It lies parallel to the road and the building is dominated by the massive tower at its north-eastern end, oddly reminiscent of a castle keep.

The Church of the Immaculate Conception, as it is sometimes also known, was designed by the architect Reginald Fairlie. He was a Scottish architect best known for his prolific output of Roman Catholic churches in Scotland from the 1920s to the early 1950s, but who was also responsible for a wide range of other work across the country.

Construction of St Mary’s began in 1933, and the church was blessed and opened on Sunday, 14th October 1934 by the Bishop of Argyll and the Isles. Seen from the main road it looks to be a simple design comprising a nave constructed of grey granite. The tower is faced with grey granite enlivened by pink granite stones placed in a not quite regular nor entirely random pattern.

The only other external features, when seen from the north-west side, are the porch at the south-west end; the narrow half-octagonal tower placed at the junction between nave and main tower; the large buttresses at the end of the tower; and the small semi-circular baptistry near the south-west end of the nave.

You enter through the porch at the south-west end of the church. This has doors on both sides, with the one further from the main road being ramped for disabled access. If you come round this side of the church you find what might more accurately be called a lawn than a churchyard.

The interior of St Mary’s carries on the attractive simplicity of the exterior. The nave is a semi-circular tunnel vault with a concrete ribbed ceiling. At the far end of the nave the shape of the ceiling is reflected in the chancel arch, which leads through to a narrower chancel housed under the main tower. This is dominated by the huge black, gold and red baldacchino, or canopied altar, which serves as a focal point for the whole church. Above this remarkable structure is a fine wooden ceiling which effectively echoes the mass of the surrounding tower.

In the north east corner of the nave, a two bay arcade of columns gives access to the Lady Chapel. The columns have capitals which carry beautiful Celtic carvings like those flanking the chancel arch. The Lady Chapel itself has a flat ceiling panelled in wood. In the centre of the oak reredos at the far end is a fine statue of the Madonna and Child.

SACRAMENT OF RECONCILIATION:
Available before all Masses.
Saturday 5.30 to 5.45 p.m.
(Subject to change) 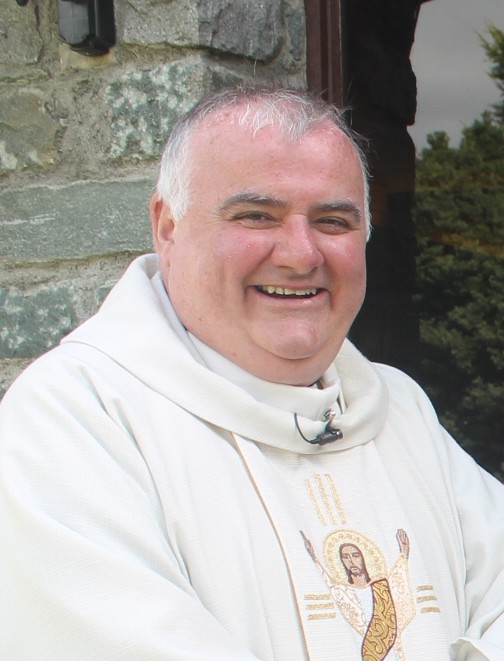 Copyright © 2020 St. Marys Fort William
We use cookies to ensure that we give you the best experience on our website. If you continue to use this site we will assume that you are happy with it.OkPrivacy policy